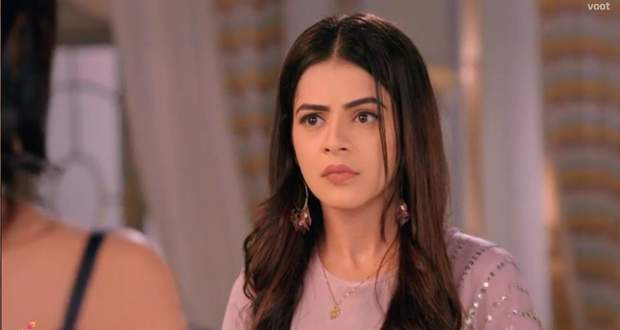 Today's Shakti 28 Sep episode starts with Jharna looking for Heer in Virat’s ICU ward. She doesn’t find Heer there and then leaves the room.

The next morning, everyone waits for Virat to regain consciousness. Virat opens his eyes and smiles on witnessing Heer around him. Parmeet asks Preeto to leave the hospital along with Heer. Later, Virat requests the nurse to call Heer to meet him in his ward.

The nurse informs Virat that Heer left for her home, while Virat is sure that she will come back with the flowers and a card. Heer arrives there at the same time with a bouquet and a card.

Heer asks Virat to take care of him and assures him that she will definitely come to his marriage with Jharna. Virat asks Heer to check the coin at the place of his accident. Heer rushes to that place and gets surprised to see that it was the heads side of the coin.

Gurwinder tries to convince Heer to get married to Heer. Jharna overhears their conversation and informs Virat’s family that Virat wants to marry Heer.  Parmeet and Jharna arrive at Heer’s house and tell all of them that Virat is in love with Heer again.

Jharna asks Heer to help her in getting married to Virat. Parmeet asks Heer to act of being in love with Virat so that they can force him to get him married to Jharna after three days.

Heer denies to play any love game with Virat and asks Parmeet and Jharna to drop that plan. Jharna acts emotionally in front of Heer and requests her to tell the truth about her feelings.

Heer advises Jharna to stop playing games with Virat to win his love. Elsewhere, Virat asks the nurse to help him in leaving the hospital so that he could go and meet Heer. Meanwhile, Heer talks to Somya’s pictures and gets emotional.