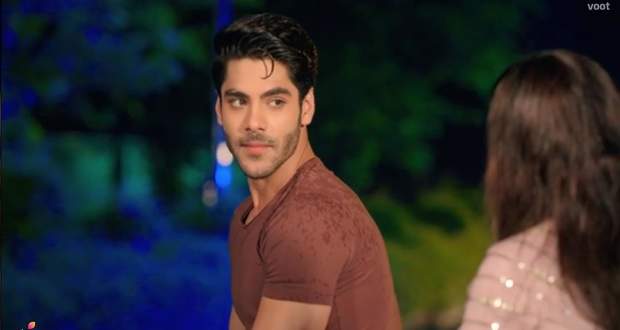 Today's Shakti 29 Sep episode starts with Virat throwing his love letters in Heer’s room through the window. Heer witnesses Virat standing outside her house and then she gets a video call from Jharna.

Jharna says that she will commit suicide if Virat doesn’t marry her. Heer requests Jharna to not to commit suicide, while Jharna asks her to help her in getting married to Virat.

Preeto tries to make Heer understand that she should help Jharna otherwise she would die. Mahi arrives there and shares her experience with Heer.

She tells Heer that Somya also helped her in getting married to Harman. Heer rushes to meet Virat and confesses that she loves him.

They both hug each other and Heer gets emotional on thinking about lying to him. Virat tells Heer that they both will get married in her house temple the same night.

Virat takes Heer inside her house and Heer tells him that they will get married once he gets well.

Virat asks Heer to accompany him to the hospital so that they could spend some more time together. Preeto informs Jharna that Heer and Virat have left for the hospital.

Mahi worries for Heer and asks Jharna to leave Heer’s life after getting married to Virat. Preeto feels proud of Mahi for taking a stand for her daughter Heer.

Elsewhere, Parmeet slaps Gurwinder in the hospital for helping Virat to marry Heer and asks her to find a bride for Daljeet.

Virat and Heer leave for the hospital and Heer take care of him on the way. Later, they both get shocked to witness Virat’s family and Jharna standing outside the hospital.