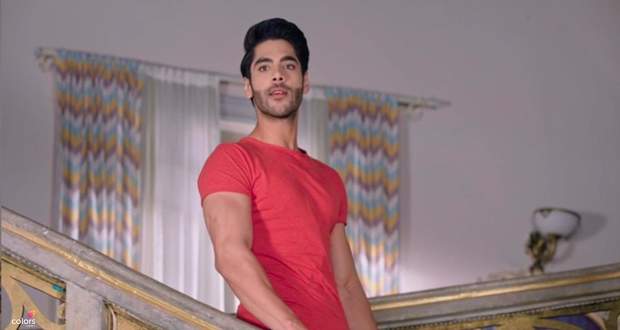 Today's Shakti 2 Oct episode starts with Virat promising Heer’s family that he will convince them for his marriage with Heer at any cost. Mallika assures Preeto that she can take Heer with her and will keep her happy.

Jharna decides to leave Virat’s house but Parmeet asks her to not to go anywhere. Virat arrives there and apologises to Jharna for not getting married to her.

Santbaksh beats Virat with his belt and tells him to leave his house. Virat holds the belt and threatens him that he will not spare anyone who will hurt Heer.

Parmeet says that she was aware that Heer is a characterless girl and she was just trying to trap him for marriage. Virat answers her that he will not listen to anything against Heer.

Meanwhile, Harak Singh asks Preeto to disclose Heer’s identity to her. Preeto emotionally breaks down and refuses to tell Heer anything.

Raavi brings Heer downstairs and Shanno tells Heer that everyone wants to reveal the truth to her. Heer is scared and questions Harak Singh about the truth he wants to tell her.

Harak Singh tries his best to reveal her identity’s truth but Virat comes there and interrupts the conversation.

He changes the topic and distributes sweets among everyone for celebrating Heer’s results. Heer takes sweets from everyone’s hands and pushes Virat to get out of her house.

He again enters her house through the window and informs Heer that Harak Singh and Preeto want to go to Chaar Dhaam Yaatra on account of Heer getting a job.

Preeto agrees with Virat and doesn’t tell Heer about her identity. Heer again tries to get Virat out of the house but Virat pushes her out and locks the main door.

Virat scolds Heer’s family for trying to reveal Heer’s identity to her and asks them to not to risk Heer’s life.