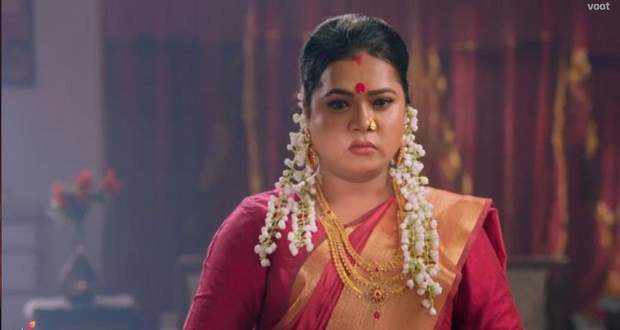 Today's Shakti Astitva Ke Ehsaas Ki 2 Sep episode starts with Kareena recalling the death of her mother because of Somya. Soham tells Kareena that she can take her revenge with Somya if she brings Heer to the Kinnar world.

Kareena accepts his proposal and asks him to do it according to her plan. Meanwhile, Nutan tries to make Virat respect the Kinnar community, but Virat doesn’t listen to her and asks her to not teach him anything.

Rohan goes to get icecream for Heer, and Soham witnesses Heer sitting alone. He decides to take Heer to Kareena, while Virat arrives there to talk to Heer.

He asks Heer to stop her friend Nutan from stalking him and then they both get into an argument. Rohan arrives there and Heer asks him to give one icecream to Virat to congratulate him for his wedding.

Soham makes a call to Shanno and asks her to send Rohan for some work. Later, Soham asks Heer to come along with him on a long drive.

Heer asks him to eat her icecream then only she will join him in the long drive. Elsewhere, Shanno warns Preeto that she will tell everyone about Heer’s identity.

Soham stops the car in the way and pretends like there is some problem in the engine. He asks Heer to wait there, while the Kinnars arrive there in front of Heer.

© Copyright tellybest.com, 2018, 2019, 2020. All Rights Reserved. Unauthorized use and/or duplication of this material without written permission from tellybest.com is strictly prohibited.
Cached Saved on: Monday 30th of November 2020 06:53:28 PM