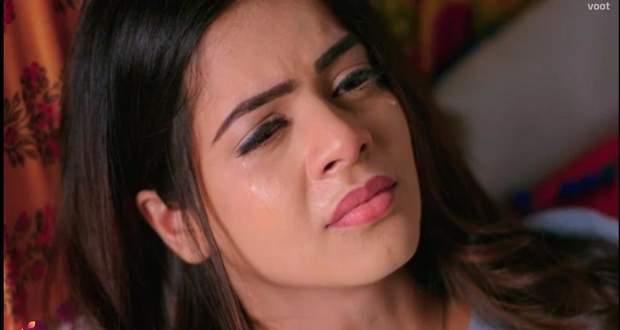 Virat agrees for the marriage and everyone gets happy. Virat leaves from there to bring back his ring from Heer.

Heer’s family welcomes back Heer after she got discharged from the hospital, while Shanno scolds Soham for not being successful in his plan of killing Heer.

She tries to provoke Soham and questions him for his emotional behavior towards Heer. Soham vows to kill Heer the next time and Shanno asks him to take help from Kareena.

Virat arrives at Heer’s house and everyone gets shocked to see him. Heer informs everyone that Virat has come to take back his engagement ring.

Virat brings out his handkerchief to take his ring and informs Heer that his marriage with Jharna is going to take place very soon.

Heer starts recalling all his memories of Virat and is about to fall when Virat manages to hold her. He then leaves her hand when he recalls that Heer is a Kinnar.

Later, Soham halts Virat’s way and questions him for breaking his relationship with Heer. Virat asks him to forget all those things and asks him to move on.

Soham hits Virat and they both get into a fight. Soham tries to know about the reason for Virat’s decision to break his relationship with Heer.

Meanwhile, Heer gets emotional on thinking that Virat is going to marry someone else. Rohan informs Heer that her government exam written test is going to take place in 21 days.

The priest tells Virat’s family that Jharna and Heer can get marry in 21 days. Virat asks his family to start the preparations.