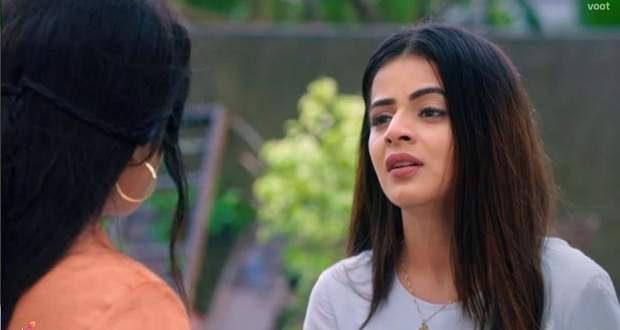 Today's Shakti Astitva Ke Ehsaas Ki 3 Sep episode starts with Heer meeting Kareena and her gang very sweetly. Heer tells them that she finds all of them very cute and asks them to take money from her.

Kareena’s gang denies and asks Heer to buy them icecream instead of giving money. Heer agrees to go along with them to get ice cream, while Preeto gets restless on not finding Heer anywhere in the house.

She asks Harak Singh to call Rohan to ask him about Heer. Rohan arrives there and tells everyone that Shanno asked him to buy something from the market.

He tells them that when he returned from the market, he didn’t find Heer sitting on the bench. Preeto gets worried about Heer and rushes to find her.

Meanwhile, Heer finds something suspicious about Kareena and her gang’s behavior. She recalls Somya’s teachings and finds out that Kareena’s gang is trying to kidnap her.

Heer runs from there to escape but gets caught by the Kinnars. Heer gets a ray of hope when she sees Mallika there to rescue her.

Mallika stops Kareena from telling Heer about her identity and tells Heer that Kareena is the enemy of Somya. Mallika tries to hit Kareena with a stick, while Raani comes in between and stops Mallika from doing so. Kareena gets the other stick, and she gets into a fight with Mallika.

Mallika asks Heer to close her eyes, and she throws chili powder in Kareena’s gang eyes. Mallika rescues Heer and runs from there when Kareena was not able to see anything.

Harak Singh and his family search for Heer everywhere and gets shocked to see Heer with Mallika. Mallika informs Preeto that Kareena and her gang attacked Heer. Preeto gets shocked to hear that Mallika knows about Heer’s identity.

Soham arrives at home and gets surprised to see Heer there. Preeto slaps Soham and shouts at him for not being able to take care of Heer.

© Copyright tellybest.com, 2018, 2019, 2020. All Rights Reserved. Unauthorized use and/or duplication of this material without written permission from tellybest.com is strictly prohibited.
Cached Saved on: Thursday 24th of September 2020 07:47:22 PM