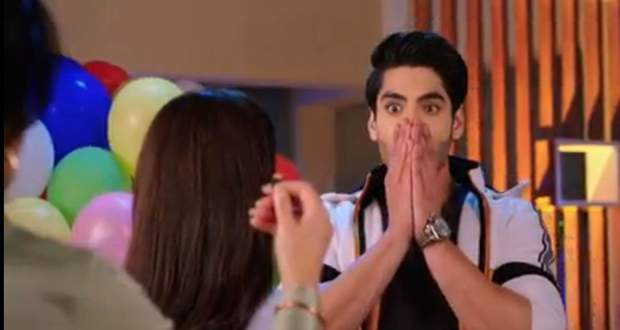 Today's Shakti 7 Oct episode starts with Harak Singh warning Virat to not to play games with Heer. Heer asks Virat to leave from there and not to make her grandfather angry.

Virat leaves from there and Preeto follows him to talk to him. She begs Virat to stop following Heer.

Virat kneels down to request Preeto to get him married to Heer. Meanwhile, Shanno gets excited to rule on Harak Singh’s house.

She recalls Soham’s idea to send Sindhu and Raavi to their in-law's house. She calls everyone to get together in the hall and orders Sindhu to ask her in-laws to take her to their house.

Heer tells Preeto that she has informed Virat about all her places a long time ago. Elsewhere, Sindhu refuses that she will not go to her in-law's house, while Shanno makes a call to Sindhu’s in-laws to take her with them.

The next morning, Daljeet threatens Harak Singh’s work to tell him about Harak Singh’s new location. He shoots a bullet at him, whereas Virat records it in his phone.

He warns his brother Daljeet to leave from there otherwise he would make his video viral. He then reaches Heer’s new place and shocks everyone with the balloons.

Preeta gets suspicious of Virat’s activities and finds a device dropped by Virat in Heer’s bag. Virat takes the device from Preeto and breaks it with his feet.

He tells Preeto that he will still be able to find Heer like the way Harman used to find Saumya.

He leaves from there and Harak Singh asks the security guard to catch Virat and blames him for stealing something from his room.

Virat hits the security guard and Heer shouts at him to stop it. The guards beat Virat badly and Heer gets worried for him on seeing his wounds.