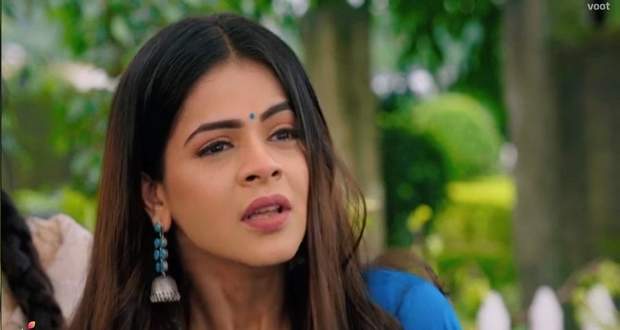 Today's Shakti Astitva Ke Ehsaas Ki 8 Sep episode starts with Heer getting a shock on Nutan’s death. Mallika puts a cloth on Nutan’s dead body and gets emotional in front of Preeto.

Virat tries to console Heer by hugging her, while Mallika feels grateful to Virat for saving Heer’s life. Preeto asks Virat to stay away from Heer for everyone’s betterment.

Virat asks Mallika to let him stay at Nutan’s last rituals. Mallika refuses to Virat and tells him that their community’s death ceremony is performed differently. She tells Virat that he will not be able to see Kinnar’s death ceremony and asks him to leave from there.

Heer cries a lot and makes a wish to see Nutan’s death ceremony. Mallika tells Heer to understand that only a Kinnar can be a part of the last rituals.

Heer tells Mallika to assume her to be a Kinnar and let her attend Nutan’s last rituals. Preeto slaps Heer for speaking non-sense and forcefully takes Heer to home.

Later, Rohan and Soham reach back home, while Soham gets shocked to see Heer with everyone. Preeto scolds Soham and Rohan for not taking care of Heer.

Heer hugs Rohan and informs him about Nutan’s death. Preeto gets angry and asks everyone to get into the house so that she can find how Kareena’s gang entered their house.

Meanwhile, Virat recalls Nutan’s last words and decides to make sure that Nutan’s murderer is punished. He reaches his home, while his parents scold him for going to help Kinnars.

Virat answers them back that today he is alive only because of a Kinnar. Parmeet feels confused about thinking Heer’s connection with the Kinnars. Later, Virat makes a call to the inspector Jasraj Singh and asks him to meet near the highway.

Elsewhere, Heer gets to know that Kareena killed Nutan and asks Preeto to file a complaint against Kareena. Preeto asks Heer to study and tells her that they can’t file any complaint as the matter is related to Kinnars.