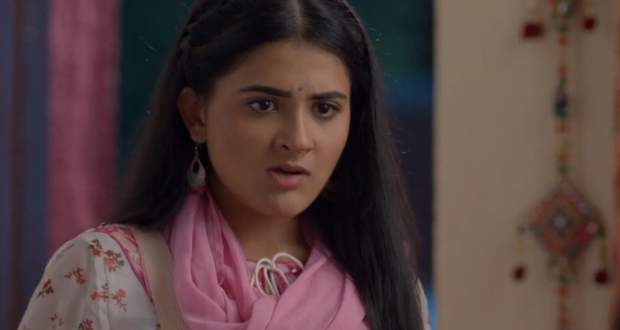 Today's Shaurya Aur Anokhi Ki Kahaani 22 December 2020 episode starts with Anokhi admiring the trophy and, her teachers say that she has enough trust in her that she will win the competition.

She also mentions that she is too brilliant. She can achieve everything she wants and now take this competition as her first flight.

Her teacher exclaimed with sorrow that she had seen infinite girls who are super brilliant but, in family pressure, they leave their career.

To which Anokhi replies that she is different. Everyone appreciates Anokhi and her speech on gender quality. Afterward, Anokhi hears that Lale uncle is finding a boy to marry her.

She gets angry about it and, her teachers ask her to focus on herself.

While her teacher is asking Anokhi to board the bus, suddenly, she gets a text on her phone, which makes her anxious.

Meanwhile, in Sabherwal's house, there is a conflict between Shaurya and his father. His fathers say that he should allow Shagun to make her career but, Shaurya disagrees with it.

He says that he wants a wife who can look after his house as well as his children. Nobody is there to support Shaan.

Everyone is against him. They remind him about his wife's decision that she had chosen her career first.
Now, Shaan is in enormous grief.

On the other hand, Anokhi arrives late at her home and, his father is too angry with her.

He says that tomorrow at 11 a.m. Lale uncle will come to take her photographs. She argues that she has to go to college, but his father denies it.

After a bit of argument, Anokhi's father starts shouting at her mother. To save Anokhi from her father, her mother slaps her.

She comes into the room with food to give Anokhi food but she refuses to eat. He also says that tomorrow in the evening, there will be a boy who will come to see her.

Upcoming Shaurya Aur Anokhi Ki Kahaani episode update: Anokhi to run away from home to go to college for her prize distribution.