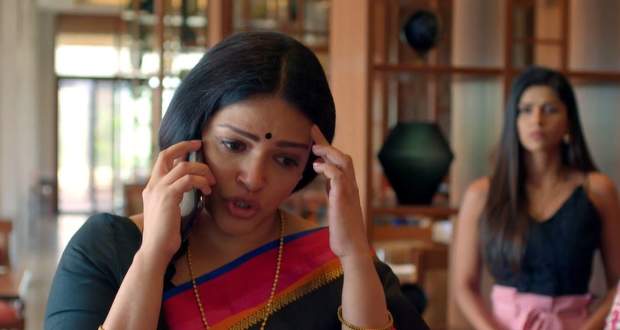 Today's Shaurya Aur Anokhi Ki Kahaani (SAAKK) 10 May 2021 episode starts with Anokhi and Shaurya thinking about each other.

In the morning, when Babli fears going outside, Anokhi tries to encourage her.

Meanwhile, Tej consoles the worried Devi while she shares her concern with him. Aastha lies to her father about Shaurya being kidnapped while Gayatri consoles Devi.

On the other hand, Kanchan is shocked to know about Babli being beaten up by Vineet from Anokhi. Kanchan and Anokhi try to convince Babli to take a stand for herself.

Yash asks Kanchan about Anokhi's relation with Vineet while Kanchan asks him to take her shopping.

Vineet is tensed after his phone call and goes to Anokhi and Babli to see them. When Vineet tries to forcefully take Babli away, Anokhi escapes with Babli.

Anokhi slaps Vineet when he tries to hit Babli.