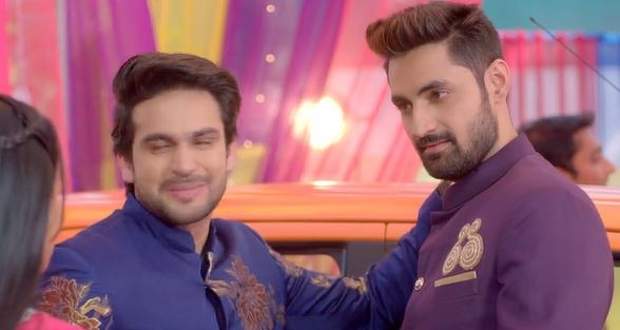 Shagun comes to get her migration certificate signed by Shaurya. Shaurya asks the peon to make her wait as he is busy.

Bhalla's attend the sangeet venue and Anokhi finds a place to study secretly. Ashok's family arrives at the venue and everyone welcomes them.

Ramesh scolds Anokhi and asks her to be along with their family. He finds that Mr.Khanna is also at the venue and then thinks of clearing the things between them.

Shagun enters Shaurya's cabin and gets her certificate signed. She says that there's something to tell Shaurya.

Ramesh offers Anokhi's photograph to Mr. Khanna and requests him to look into it.

Monty gets impressed by Anokhi and finds that she is the same girl about whom his mother was talking to him.

Shagun tries to clear the things between her and Shaurya to which he ignores.

Meanwhile, Monty says to his mother that Anokhi has stolen his heart. Ramesh tries to impress and Mr. Khanna.

© Copyright tellybest.com, 2020, 2021. All Rights Reserved. Unauthorized use and/or duplication of any material from tellybest.com without written permission is strictly prohibited.
Cached Saved on: Sunday 1st of August 2021 06:04:43 AM