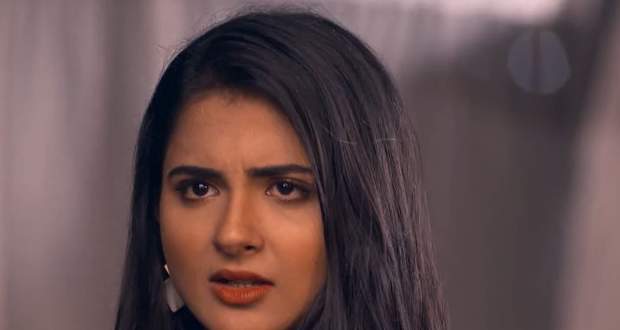 Meanwhile, Anokhi enquires about Shaurya with the manager who tells her about him.

Shaurya keeps thinking about Anokhi and imagines her while Anokhi is worried about not finding Shaurya.

Anokhi finds Shaurya and he is surprised to see her but thinks that it is his imagination.

Shaurya asks Anokhi why is she troubling him, while Anokhi tells him that it is him who is troubling her. Shaurya comes to know that she is present and they start arguing.

Shaurya asks Anokhi if she has an answer to his question but she tells him that she was angry and could not understand him.

Further, he tells her that he wants their moment to be special and they come close to each other.

At the same time, Babli comes there and rebukes her for coming to Goa without informing anyone. Babli reminds her that it is her birthday tomorrow.

Babli forbids Shaurya when he tries to explain to her but she does not listen. Babli yells at Anokhi for her actions and takes her away.

Babli tells her that ACP Aahir came with her. They decide to stay in Goa for few days. Babli receives Vineet’s call. Anokhi thanks Aahir for his help.

Anokhi asks Babli to forgive her. Anokhi tries to make Babli understand. She tells Babli that she loves Shaurya.

Shaurya plans to celebrate Anokhi’s birthday and propose to her.

© Copyright tellybest.com, 2020, 2021. All Rights Reserved. Unauthorized use and/or duplication of any material from tellybest.com without written permission is strictly prohibited.
Cached Saved on: Wednesday 28th of April 2021 09:10:34 PMCached Disp on: Thursday 6th of May 2021 06:47:50 AM