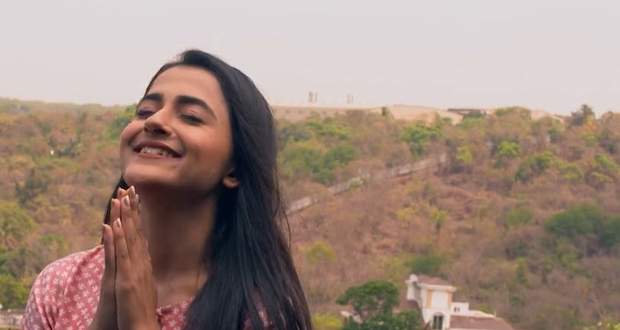 Meanwhile, Babli prays to God that Anokhi’s dreams should come true. Babli tells Anokhi that food might be ordered by Shaurya which Anokhi denies. Anokhi asks Babli to enjoy it until they were in Goa.

In the morning. Shaurya calls Babli and asks her to come out. Anokhi wakes up and thinks it is her birthday.

Babli asks Shaurya not to break Anokhi’s heart. Shaurya asks Babli to trust him and he tells her that he always wanted Anokhi to be happy.

ACP comes to Babli and Shaurya. Babli tells Shaurya that even ACP cares for Anokhi. Babli invites ACP but Shaurya asks him to skip.

At Sabarwal house, Kanchan calls Shaurya. Shaurya thanks her for sending Anokhi and tells her to make Anokhi’s birthday special which Shagun overhears.

ACP helps Shaurya and Babli to hide the preparations from Anokhi. Shaurya manages Anokhi to select a dress for her.
Anokhi receives a gift from Shaurya and is happy. She wears the dress gifted by Shaurya.