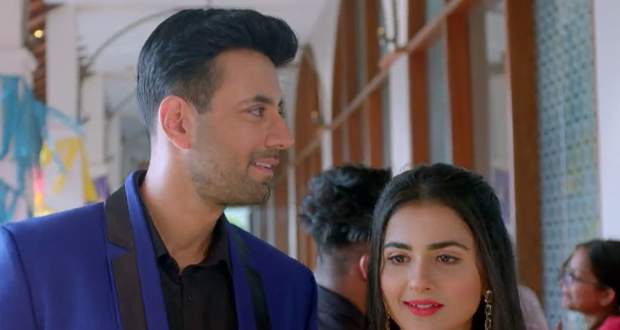 Today's Shaurya Aur Anokhi Ki Kahaani 24 April 2021 episode starts with Shaurya wishing Anokhi on her birthday. He compliments her that she is very beautiful.

Further, he tells her that he likes whatever she likes. He gives her a gift. Then they share a moment.

Shagun breaks the news of Shaurya and Anokhi being in Goa to Devi. Shagun argues with Devi for lying to her, but Devi tells her she can’t help her at every single step.

Devi asks Shagun to go to Goa and Shagun tells her that she will be helping her to get Shaurya back this time.

In Goa, everyone wishes Anokhi. Aahir gives a gift to Anokhi which irks Shaurya.

Shaurya tells Anokhi that he has another surprise for her to confess his feelings to her.

Reema shows Anokhi the arrangements made by Shaurya which makes her happy.

At the same time, Shaurya's family arrives at the same hotel where Shaurya and Anokhi are celebrating her birthday.

Devi scolds Kanchan for lying to her. Devi announces Shaurya and Shagun’s engagement which shocks everyone at the party and about their wedding.

Anokhi and Shaurya is shocked to hear this.