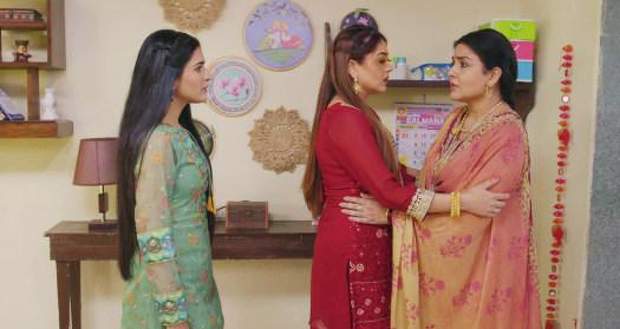 Meanwhile, Bubbly and her mother are troubled regarding Anokhi as she is not there.

In the college festival, Shaurya is invited as chief guest. On the stage, he declares the name of the winner. During this moment Aastha and Shaurya make eye contact.

Now, Anokhi is being invited on stage to receive her award for being the best speaker. Anokhi thanks her teacher for being an exceptional mentor.

Shaurya addresses the significance of women in the family while Aastha speaks about the balance between family and career. This makes a contradiction in their verdict.

While drinking tea Gayatri’s daughter-in-law asks about Shaurya’s mother and her past.

Gayatri tells her the whole story about Aastha and she also tells why in the Sabarwal family girls cannot do a job.

However, Aastha gathers some courage and stops Shaurya to have a conversation. While giving a harsh reply Shaurya ignores her.