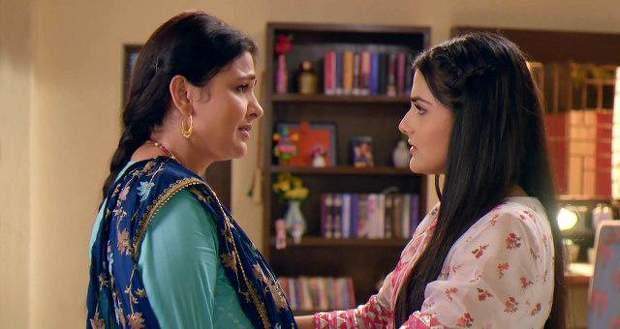 After listening to harsh words from Shaurya's mouth Aastha recaptures her past that how his own child was snatched from her.

Gayatri tells her daughter-in-law the whole story of Shaurya and his mother. She also tells her that how Badi-maa and Bade-Bhai Sahab created a negative feeling in Shaurya's heart and still they are doing it.

At the same time, Aastha gets angry with Shaurya and asks her to talk properly with his mother.

Meanwhile, Bubbly and her mother are there in big trouble because Anokhi is not there. Further, Anokhi defends Aastha while she is talking to Shaurya.

Anokhi questions Aastha about her relations with Shaurya. Aastha is not giving her a reply and ask her to board the bus.

Mr. Bhalla comes home and asks where is Anokhi to which Mrs. Bhalla replies that she is there in the parlor.

Meanwhile, bus tires are punctured and Anokhi is worried whether she will reach on time or not.
At the same time, Monty and his family are waiting for Anokhi.

Upcoming Shaurya Aur Anokhi Ki Kahaani episode update: Monty and his family insult Bhallas and Anokhi will be beaten by his father while Aastha will come and try to save her.