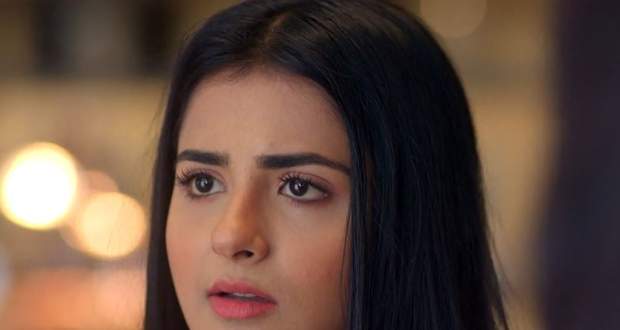 Today's Shaurya Aur Anokhi Ki Kahaani (SAAKK) 28 April 2021 episode starts with Anokhi leaving to meet Shaurya while Babli trying to convince her to not. Anokhi tells Babli that she loves him and wants to check if he is alright.

Devi stops Anokhi from meeting Shaurya while Kanchan tells her that she had called Anokhi.

Devi insults Anokhi but Anokhi pleads with her to let her meet Shaurya. Devi asks Anokhi to leave and closes the door.

Devi scolds Kanchan and warns her not to support Shaurya and Anokhi. Kanchan confronts Anokhi for not believing Shaurya while Yash argues with Kanchan.

Aastha meets Anokhi and enquiries about Shaurya. Aastha takes Anokhi with her to meet Shaurya.

Devi argues with Aastha while Tej allows Aastha to meet Shaurya after listening to her.

Aastha meets Shaurya and gets shocked to see Shagun.

Anokhi informs everything to Aastha while Aastha supports Anokhi.

© Copyright tellybest.com, 2020, 2021. All Rights Reserved. Unauthorized use and/or duplication of any material from tellybest.com without written permission is strictly prohibited.
Cached Saved on: Sunday 9th of May 2021 03:46:38 AM