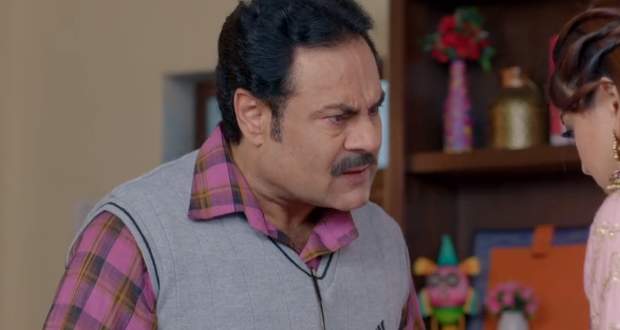 Meanwhile, Aastha says that she will accompany her to which Anokhi is unable to take her along as her father will insult her.

In Bhalla's house, a mess is created that Monty and his family are cursing them and Anokhi. Mr. Bhalla says sorry to everyone. Lali also says that now no one will accept Anokhi.

In Sabarwal's house, everyone is cursing Kanchan. Gayatri asks Kanchan that she should say sorry while it is decided that Kanchan's parents will be called.

Meanwhile, Badi-maa gets a photo of Shaurya and Aastha together and she gets hassled. Anokhi arrives home and says that she came first in the competition.

Now, Mr.Bhalla is taking out his anger on Anokhi's cycle. Anokhi's father throws her trophy while Anokhi criticises his actions.

Anokhi argues with his father when he is beating her. Ramesh locks Anokhi in her room but Anokhi is adamant to complete her studies.

© Copyright tellybest.com, 2020, 2021. All Rights Reserved. Unauthorized use and/or duplication of any material from tellybest.com without written permission is strictly prohibited.
Cached Saved on: Tuesday 8th of June 2021 04:18:59 PMCached Disp on: Wednesday 16th of June 2021 07:35:08 AM