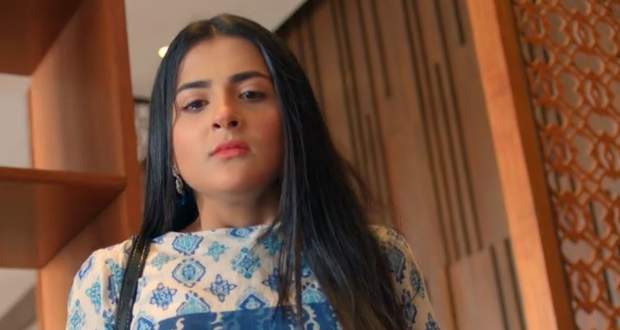 Today's Shaurya Aur Anokhi Ki Kahaani (SAAKK) 30 April 2021 episode starts with Shaan stopping Aastha from leaving. He consoles her as she is worried for Shaurya.

Shaan tries to convince Aastha to stay with them but she refuses and leaves with Anokhi. She tells him to take care of Shaurya.

Anokhi thinks about Shagun’s words about leaving her studies after the marriage and remembers how Shaurya used to encourage her studies.

Babli lies to Vineet about her and Anokhi's Goa visit. Anokhi lies to Babli and goes to her room.

Kanchan is irritated with Yash for not understanding her while Yash calls Kanchan but she doesn't receive his calls.

Kanchan is surprised to see her friends in Goa. Yash comes to her rescue when she is high.

Babli and Anokhi talk about their life. Anokhi tells Babli that she will fight for herself.

In the morning, Shaurya regains consciousness and wants to meet Anokhi.

Everyone tries to stop him from leaving but in vain. Devi lies to him that Anokhi did not come to see him.