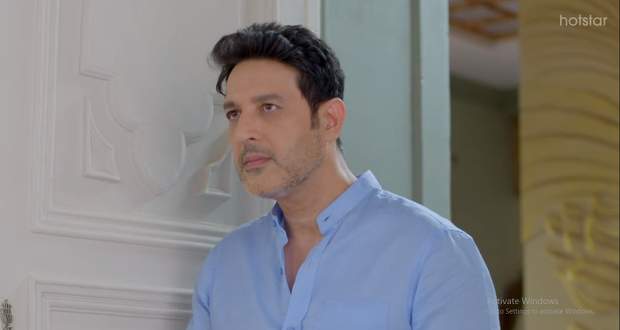 Today's Shaurya Aur Anokhi Ki Kahaani 30 December 2020 episode starts with Anokhi making a strong will to go against her father and study.

Meantime, Babbly gives a pair of sneakers in the form of a gift to Anokhi.

In the Sabherwal family, everyone is at the dining table while Shaan arrives in and Bade-papa takes a major decision for Shaurya's marriage that is on the same day it will happen when it was decided with Shagun.

Meanwhile, Anokhi affirms to take admission in Sabherwal's college. She also finds that Bubbly is taking birth-control pills. In a disregarding tone, Shaurya tells everyone that he encountered Aastha.

Now, Shaan stops him as well as everyone in the house disobey her. Meanwhile, in Anokhi's college everyone has planned out a surprise for Anokhi but she doesn't arrive on time.

In return, Aastha goes to Anokhi's home where she is insulted by Mr. Bhalla. Anyhow, Aastha meets Anokhi and congratulates her and Anokhi cuts the cake.

Anokhi also promises that she is going to give her a surprise. Meanwhile, Shaan enters Shaurya's room and asks him about his mother but Shaurya insults his mother.