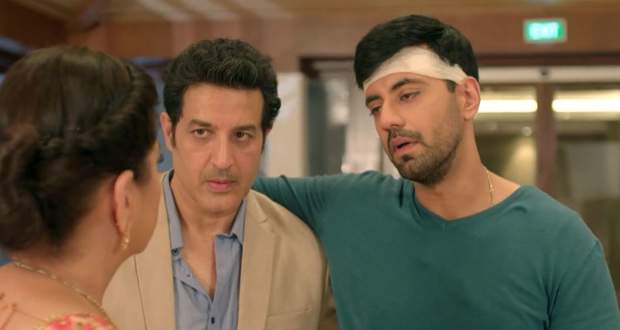 Today's Shaurya Aur Anokhi Ki Kahaani (SAAKK) 3 May 2021 episode starts with Babli diverting the topic she and Anokhi were discussing but Vineet interrupts them.

Tej tells Devi not to stop them both from meeting Shaurya as it might create differences between them.

Later, Aastha tells Shaan that whatever is happening in Shaurya's life because of Devi is not acceptable he loves Anokhi and should marry her.

Further, Shagun tells Devi that Anokhi would never come back in Shaurya's life as she told her the reason behind their break-up.

Shaurya regains his consciousness and learns from Aastha that Anokhi had come to meet him.

Shaurya confronts the Sabhrewal's asking them for an explanation that why didn't they inform him about Anokhi.

Later, Anokhi tells Babli that love isn't made for her she got distracted for a while but now she will again focus on her studies.

© Copyright tellybest.com, 2020, 2021. All Rights Reserved. Unauthorized use and/or duplication of any material from tellybest.com without written permission is strictly prohibited.
Cached Saved on: Monday 17th of January 2022 09:53:58 AM