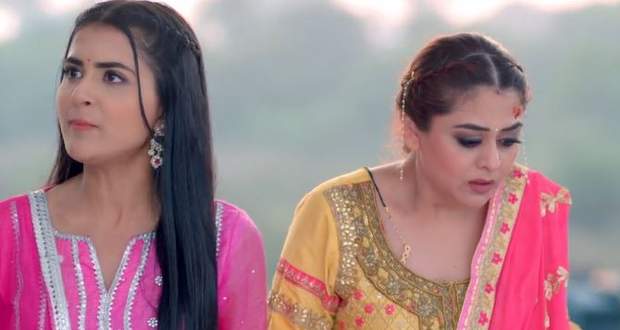 Shaurya asks to turn down the opportunity of Cambridge university if she wants him to give her a chance. Shagun refuses it and says that he doesn't love her.

Shagun says Shaurya will definitely regret it when he affronts a girl whose thinking is different from him and falls in love with her. Shaurya insults her.

Vineet assaults Bubly and Anokhi tries to stop him. Vineet asks Anokhi to be within her limits. Ramesh comes and tries to convince Vineet not to quit the ceremony.

Anokhi consoles Bubly and she finds that Rama is aware of Vineet's act. Anokhi gets stunned.

She says that she will never leave her studies also. Anokhi gets confirmation mail for her test. She asks Raja to lend her money.

Anokhi gets shocked about her marriage getting fixed with Monty.