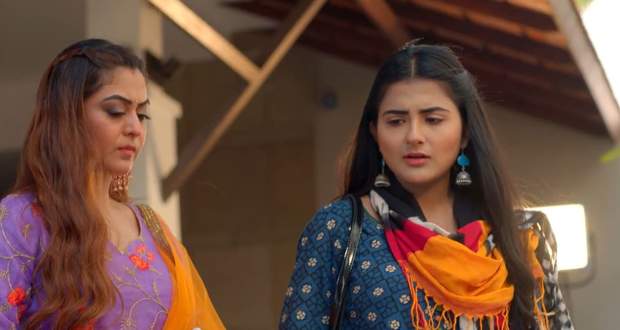 Today's Shaurya Aur Anokhi Ki Kahaani (SAAKK) 4 May 2021 episode starts with Anokhi offering help to Babli by giving her an advice that will help her to keep her secret from Vineet.

Vineet gets into a tough situation as he learns that Babli's contract got cancelled.

Later, Aashta gets worried for Shaurya as he leaves the house unexpectedly.

Further, Devi expresses her concern towards Shaurya in front of Tej but he tells her that Shaurya is mature enough to make his own decisions.

In between, Kanchan meets Anokhi and informs her that Shaurya is fine which makes Anokhi emotional but she tries to hide her feelings.

Shaurya calls Kanchan and tells her that he is fine later Kanchan requests Shaurya to talk to Anokhi as she seemed very upset.

Meanwhile, Shagun tries to gain sympathy from Shaan as she thanks him for his concern towards her.

Anokhi gets emotional as she sees missed calls from Shaurya but refuses to call him back.

© Copyright tellybest.com, 2020, 2021. All Rights Reserved. Unauthorized use and/or duplication of any material from tellybest.com without written permission is strictly prohibited.
Cached Saved on: Tuesday 18th of May 2021 04:33:45 PM