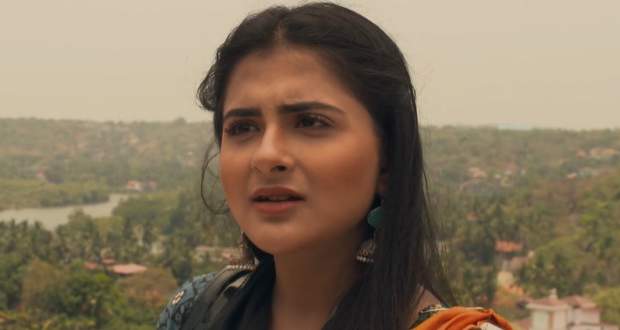 Today's Shaurya Aur Anokhi Ki Kahaani (SAAKK) 5 May 2021 episode starts with Babli talking with Ahir on a video call and discussing Anokhi while Vineet finds Shaurya's watch in the resort.

Yash argues with Kanchan over her shopping and she leaves after replying to him.

Anokhi is worried for Shaurya as he does not receive her calls.

Vineet refuses to return to Chandigarh while Anokhi and Babli are suspicious about him.

In the morning. Devi argues with Aastha when she asks her about Shaurya.

Anokhi keeps thinking about Shaurya and wakes up. Anokhi ruins her birthday dress which Shaurya has gifted her.

Kanchan wants to help Anokhi and Shaurya but she could not talk to her because of Devi and hopes that everything is sorted out between them.

© Copyright tellybest.com, 2020, 2021. All Rights Reserved. Unauthorized use and/or duplication of any material from tellybest.com without written permission is strictly prohibited.
Cached Saved on: Monday 17th of January 2022 09:45:15 PM