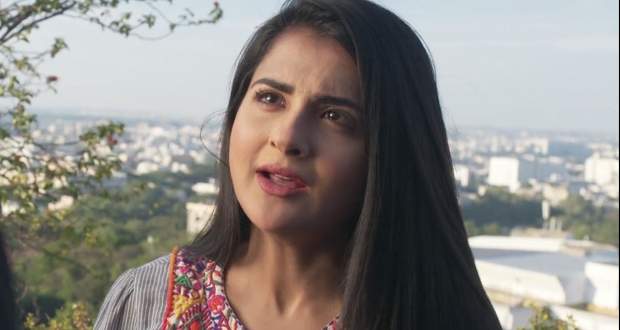 Today's Shaurya Aur Anokhi Ki Kahaani (SAAKK) 10 June 2021 episode starts with Tej threatening Anokhi with his actions as he says that if she doesn't distance herself from Shaurya he will remove him from his house forever.

Further, Tej tells Anokhi to take him seriously as he is not threatening her but also make things happen if she doesn't listen to her.

On the other hand, Shaurya relentlessly searches for Anokhi as she goes missing for the entire night.

Meanwhile, Kanchan blames Devi for ruining relationships in the house as she tried to fake her illness and astray Shaurya to be away from Anokhi.

But, Devi vows not to accept Anokhi as her daughter in law.

Afterwards, Tej tells Devi that he has put forth an offer in front of Anokhi that she won't resist rather she will accept it and now they don't need to worry about anything.

Shaurya pleads with Shaan to help him find Anokhi.

Later, ACP Aahir tracks down Anokhi's location and takes Shaurya along with him to meet Anokhi.

Unfortunately, Anokhi purposefully hurts Shaurya with her words and ends their relationship by saying that she doesn't believe in their marriage.