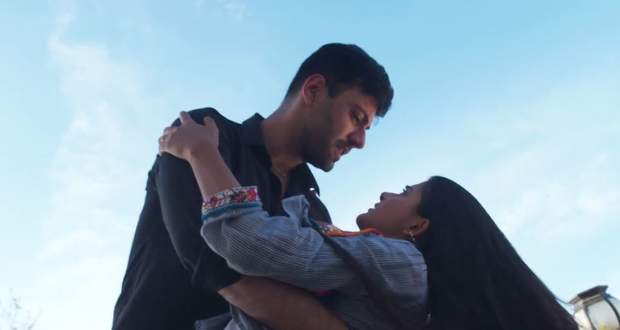 Shaurya gets heartbroken when he comes to know that Anokhi doesn't accept their marriage and is feeling burden by it.

Shaurya comes back to the Sabhrewal's and tells them that he isn't leaving the house and staying with them.

Shaurya acts as if nothing has happened between him and Anokhi and tries to act normal.

Later, Alok and Devi discuss Shaurya's marriage with Shagun but Tej warns them to be careful.

Tej tells Devi and Alok that they should not rush with things as it might create problems for them.

On the other hand, Shagun gets overjoyed to see Shaurya coming back and his relationship with Anokhi broken.

At the same time, Babli and ACP Aahir blame Anokhi for hurting Shaurya and tell her that she has made the biggest mistake in her life.

Anokhi locks herself in the room and feels guilty about hurting Shaurya.

Shaurya and Anokhi feel the pain of their separation.

© Copyright tellybest.com, 2020, 2021. All Rights Reserved. Unauthorized use and/or duplication of any material from tellybest.com without written permission is strictly prohibited.
Cached Saved on: Tuesday 30th of November 2021 11:37:06 AMCached Disp on: Wednesday 1st of December 2021 02:22:26 PM