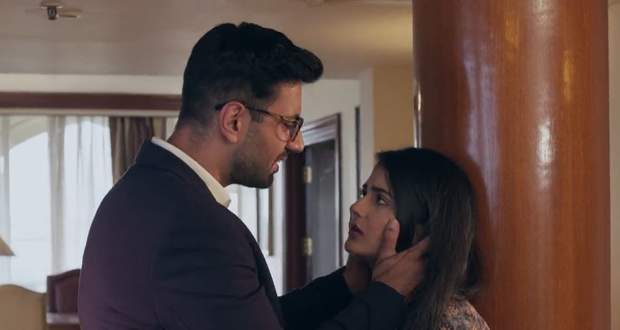 Today's Shaurya Aur Anokhi Ki Kahaani (SAAKK) 12 June 2021 episode starts with Gayatri opening up her heart in front of Kanchan and wishing that Anokhi and Shaurya's relationship would have lasted forever.

Kanchan replied to Gayatri that she is sensing something fishy that there is some other reason behind Shaurya and Anokhi's break-up.

Meanwhile, Aastha calls Shaan and asks him about what happened with Shaurya and Anokhi's relationship.

Aastha tells Shaan that she believes in her son and his choice and soon she will be figuring out what happened between them both.

Afterward, Aastha comes to meet Anokhi and asks her about her breakup with Shaurya.

Anokhi tells Aastha to forget everything that happened between her and Shaurya as she wants to focus on her career development.

Later in college, Anokhi falls unconscious as others try to nag her marriage to Shaurya.

At the same time, Shaurya comes to help Anokhi and bring her back to her consciousness.

On the other hand, Shaurya drops Anokhi home and discovers that the reason behind her rude behavior is something else.

He asks Anokhi the reason behind her breakup with him but Anokhi remains quiet.

© Copyright tellybest.com, 2020, 2021. All Rights Reserved. Unauthorized use and/or duplication of any material from tellybest.com without written permission is strictly prohibited.
Cached Saved on: Tuesday 7th of December 2021 11:27:23 PM