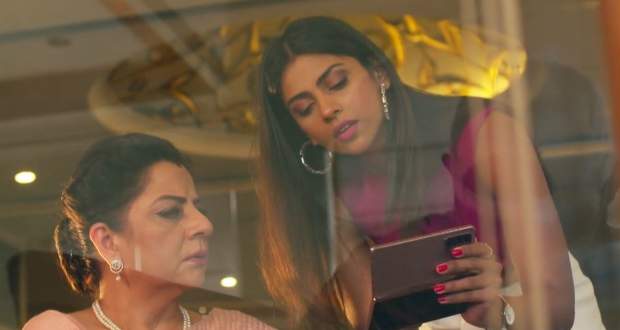 Today's Shaurya Aur Anokhi Ki Kahaani (SAAKK) 13 May 2021 episode starts with Ahir putting Anokhi to sleep and confessing his feeling to her.

Meanwhile, Shagun shows Devi pictures of Ahir and Anokhi and suggests using them against Anokhi.

However, Devi says that it wouldn't work after which Shagun leaves telling her to remember her promise of reuniting her and Shaurya.

The next day, Anokhi finds Shaurya's watch and wonders if Vineet stole it.

She tries to call Ahir but finds it switched off while he is at the Sabherwals house to investigate Shaurya's kidnapping.

Ahir forms a plan and manages to find the kidnapper's location.

Meanwhile, Anokhi questions Vineet but he leaves and she follows him.

Elsewhere, Shaurya manages to untie himself and tries to escape but fails as the goon catches him and makes him unconscious.

The goon takes away Shaurya's unconscious body while Anokhi misses Vineet but tracks him again.

He reaches the place and asks for Shaurya while the goon tells him about his plan to ask for 50 lakhs instead of 10 lakhs.

Anokhi overhears their conversation and shouts at Vineet.