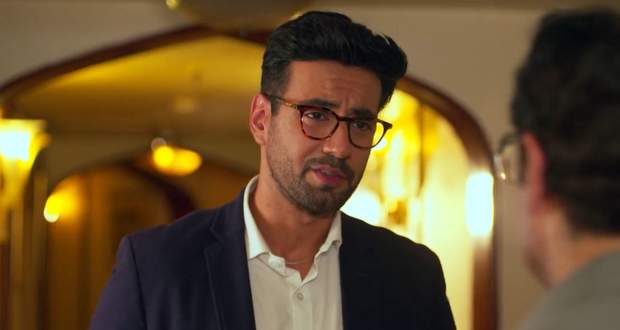 Today's Shaurya Aur Anokhi Ki Kahaani (SAAKK) 15 June 2021 episode starts with Anokhi getting restless as Shaurya says that he is leaving her forever.

Shaan asks Shaurya to tell about his decision to the Sabhrewal's as soon as possible.

At the Sabhrewal's mansion, Shaan tells Tej that he is shifting Shaurya to another committee of board members as he is his son and can shift him wherever he wants.

Later, Kanchan, Babli, and Aashta get excited to start the preparation for Shaurya and Anokhi's wedding.

Further, as a part of the plan, ACP Aahir and Babli provoke Anokhi against her decision for leaving Shaurya.

In the twist of events, Shaurya meets Anokhi's parents and he convinces them of his marriage with Anokhi.

Ramesh initially warns Shaurya but later on agrees with his marriage proposal as he feels proud of Anokhi's achievements.

Upcoming Shaurya Aur Anokhi (SAAKK) episode update: Shaurya tells Anokhi that he is taking help from Babli to make arrangements for his marriage.

© Copyright tellybest.com, 2020, 2021. All Rights Reserved. Unauthorized use and/or duplication of any material from tellybest.com without written permission is strictly prohibited.
Cached Saved on: Saturday 1st of October 2022 11:52:33 PMCached Disp on: Friday 7th of October 2022 02:58:22 PM