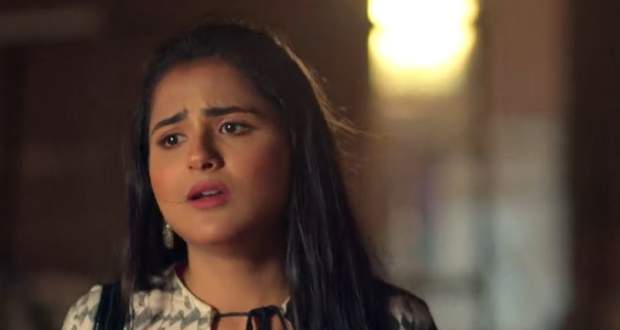 Today's Shaurya Aur Anokhi Ki Kahaani (SAAKK) 15 May 2021 episode starts with Devi accusing Anokhi when she informs them about Vineet being the kidnapper.

Anokhi tells them that it is important to search for Shaurya rather than making arguments.

Ahir goes with Tej, Alok, and Anokhi to find the Shaurya after learning about Shaurya's location from Anokhi.

Anokhi and Ahir do not find the Shaurya at the location. Anokhi is worried and blames herself for not finding Shaurya while Ahir assures her of finding him.

Shaurya tries to reach Anokhi but of no use.

Meanwhile, Babli tries to stop Vineet but she couldn't.

Anokhi loses her cool when Ahir tries to cool her.

On the other hand, Shagun tries to manipulate Devi against Anokhi.

While Shaan blames Anokhi for Shaurya's missing, Aastha tries to console her.

When Devi insults Anokhi by giving her money, Aastha and Tej try to stop her but Devi does not listen to them.

However, Anokhi replies hard to Devi and informs her that she is here for Shaurya.