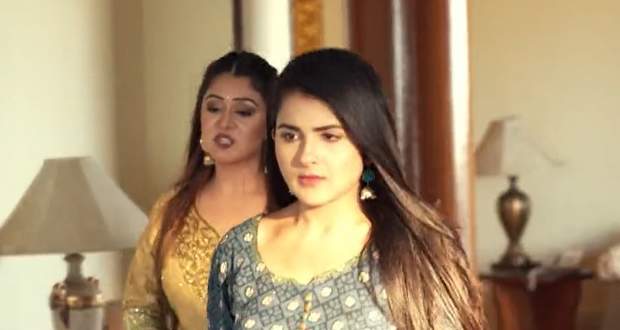 Afterwards, Anokhi gets restless and loses her temper and starts outraging her anger on everyone.

Meanwhile, Babli tries to provoke her with her decision about leaving Shaurya and tells her to accept the reality and help her with wedding arrangements.

On the other hand, Aastha tells Shaurya that she won't be able to attend the wedding as Tej and Devi won't accept her presence.

Shaurya gets upset and tries to convince her by saying that without her he won't marry Anokhi.

Looking at Shaurya's love for her Aastha accepts to be present at his wedding.

At the same time, Shaurya learns about Devi's fake heart attack at Goa through Kanchan.

Shaurya gets furious and expresses his resentment toward Tej and Devi.

Shaurya tells Tej and Devi that he has forgiven them for all their wrongful activities and wants them to be the part of his wedding.

Later, everyone gathers for Shaurya’s Shagun and begin with the marriage rituals.