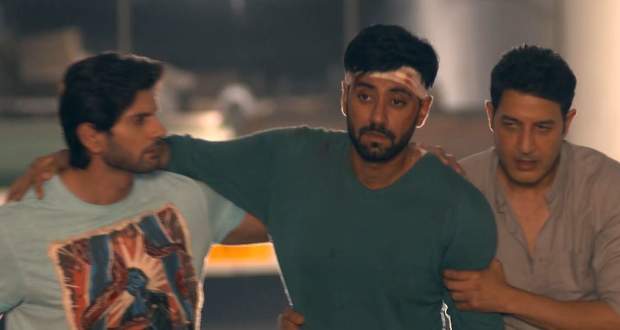 Aastha goes to Anokhi. Anokhi tells Aastha that Shaurya is with his family and she is ok.

When Shaurya trying to go to Anokhi, Shagun intervenes and takes Shaurya away as he is unwell.

Anokhi retards back at Devi when she tries to insult her and goes from there.

Shaurya after regaining consciousness tells everyone that he needs to clear the misunderstanding with Anokhi.

Shagun comes out of Shaurya's room when he talks about Anokhi.

Further, Shagun confronts Devi for giving her false hopes. On the other hand, Ahir catches Vineet and arrests him.

Devi tries to assure Shagun that she will get married to Shaurya but Shagun is not ready to listen to her and goes from there.

Ahir and Anokhi praise Babli while Babli questions Anokhi why she returned without staying with Shaurya.

Devi shares her plan with Shagun to make Shaurya marry her. Aastha breaks down seeing Shaurya while Shaan comforts her.

Further, Aastha expresses her worries about Shaurya to Shaan.

Babli and Ahir discuss Anokhi. They decide to keep Anokhi and Shaurya separate while Ahir tells Babli that it happened with Anokhi's agreement.

© Copyright tellybest.com, 2020, 2021. All Rights Reserved. Unauthorized use and/or duplication of any material from tellybest.com without written permission is strictly prohibited.
Cached Saved on: Wednesday 13th of October 2021 11:31:55 AMCached Disp on: Thursday 21st of October 2021 07:29:20 PM