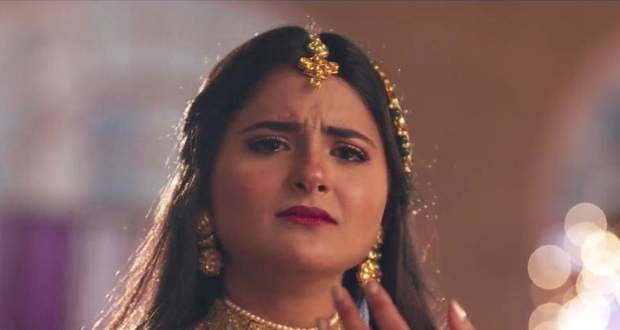 Today's Shaurya Aur Anokhi Ki Kahaani (SAAKK) 21 June 2021 episode starts with Babli making Anokhi feel guilty about Shaurya's name on her hand. But instead of her name, Shaurya's name should have been written on Shagun's hand.

On the other hand, Anokhi's parents apologize to Aastha for their past misconduct but Aastha asks them to forget everything and enjoy their daughter's wedding.

After some time, Vineet comes to the ceremony and creates a scene by humiliating Babli.

Shaurya and ACP Aahir teach Vineet a lesson and warn him not to create any disturbance in the ceremony.

Further, Alok blames the Bhalla's for spoiling their reputation but Shaan handles the situation calmly.

Afterward, Alok provokes Shagun against Anokhi and promises to help her by throwing Anokhi out of Shaurya's life.

Later, Aastha's singing makes everyone get into a fun mood.