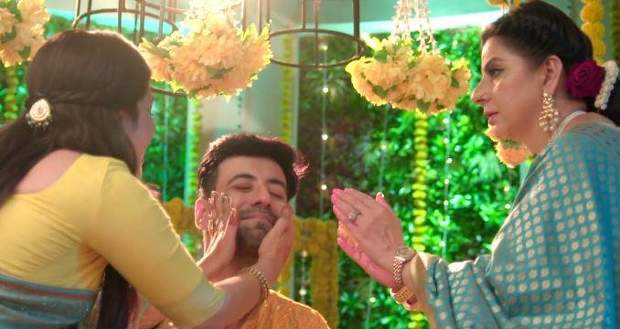 Babli unveils Vineet's bad deeds to her and tells her that her decision is final to divorce Vineet.

Ramesh overhears Babli saying that she would have been fortunate if her father was at her support every time which makes Ramesh feel guilty about his past acts.

Further, Anokhi dances with joy as she learns that she is getting married to Shaurya.

On the other hand, Anokhi asks her mother about the marriage arrangement cost.

Her mother replies that her father used the money kept in a fixed deposit to cover the marriage expenses.

Later, ACP Aahir expresses his feelings to Anokhi and asks her to start a new relation of friendship between them both.

At the same time, Devi joins Shaurya's Haldi ceremony and Shaurya gets happy.

© Copyright tellybest.com, 2020, 2021. All Rights Reserved. Unauthorized use and/or duplication of any material from tellybest.com without written permission is strictly prohibited.
Cached Saved on: Monday 17th of January 2022 10:30:38 AM