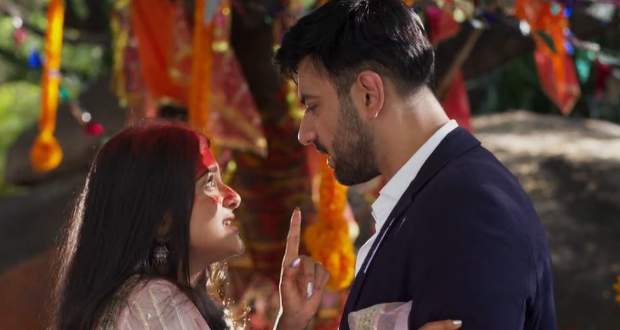 Meanwhile, Devi calls Shaan and Aastha to inform about Shaurya's engagement with Shagun while Aastha guesses it.

On the other hand, Anokhi loses her cool on Shaurya for putting Sindoor and informs Shaurya about her problems with him.

Anokhi tries to make Shaurya understand about equality between males and females when he tells her that he allows her to continue her education.

Further, Shaurya and Anokhi argue about their thoughts being correct.

When Shaurya questions Anokhi to make it clear, she tells him that she does not want to become another Aastha Sabarwal.

Anokhi tells him that he did not even try to understand his mother, how will he take a stand for his wife.

Anokhi informs him that she will not accept the marriage while Shaurya promises her he will try to change himself as she wishes.

Anokhi tells Shaurya to become a good son by accepting his mother if he wants her to accept the marriage.

Shaurya agrees to the condition and tells her that he will prove his love by changing himself and being a good son.

Anokhi leaves the place after asking Shaurya to keep his word.