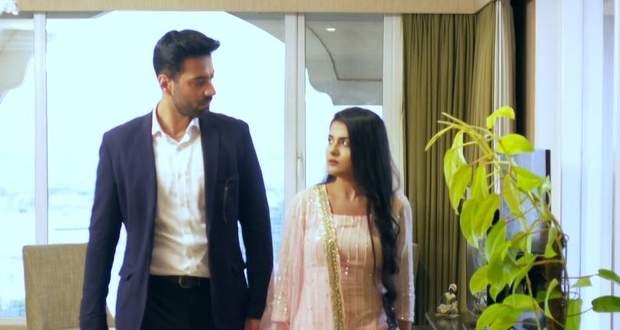 Further, ACP Aahir arrests Vineet for his crime and Anokhi tells Babli now it is time to leave her in-laws.

Later, Babli goes with ACP Aahir to live in his house for few days.

Meanwhile, Shaurya tries to convince Anokhi to stay with him but she reminds him about the terms and conditions.

On the other hand, Shaan tells Devi that he won't support her or Aastha he wants to see Shaurya happy so he would be by his side.

At the same time, Anokhi sees the engagement ring in Shaurya's hand and gets upset.

Later, Shaurya asks Aastha about her opinion about whom shall he marry which makes Aastha surprised.

Shaurya tells Aastha that she is coming home with him but Aastha refuses and asks him whether Anokhi told him to do it.

Upcoming Shaurya Aur Anokhi (SAAKK) episode update: Shaurya gets furious with Shagun and tells her that he is already married.