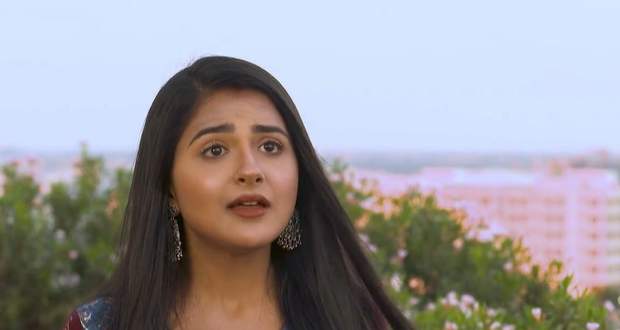 Anokhi decides to not inform anything until she has some clarity about what to do. Further, Reema informs Anokhi about the exchange program in the college.

At the Saberwal house, Gayatri tries to console Kanchan when Devi insults them.

Meanwhile, Anokhi meets Ahir and gets shocked when he gives her a red rose.

When Ahir asks her the reason, she reveals about her marriage with Shaurya.

On the other hand, Shaurya dreams about revealing the truth about his marriage which makes Devi unwell.

Shaurya becomes restless when Devi does not take medicine.

Ahir is upset learning about Anokhi's marriage. Anokhi informs Ahir that she is neither guilty nor embarrassed about her marriage.

Shaurya loses his cool on his sisters when they plan for a party and warns them to not reveal about his engagement.

At the same time, Ahir assures Anokhi of being her friend while she shares her doubts with him.

At the college, Anokhi tries to avoid Shaurya while he informs her that she will be leading the other students for the seminar.