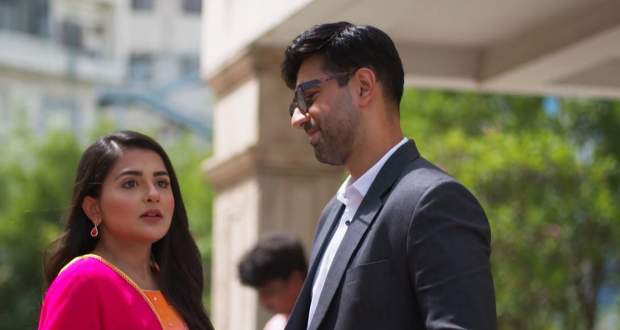 Today's Shaurya Aur Anokhi Ki Kahaani (SAAKK) 31 May 2021 episode starts with Babli getting restless as she sees Vineet's photograph and deletes all his images as her past trauma related to her relationship with him tries to scare her.

Later, Anokhi tries to calm Babli down and informs her that she is going to Delhi for a seminar.

On the other hand, Kanchan tries to search for some proof in Devi's mobile.

Shaurya tells Kanchan that he hasn't spoken to Anokhi about his and Shagun's engagement yet.

Shaurya offers help to Anokhi as she misses the bus.

Further, Devi arranges a car for Shagun so that she goes to Delhi and assists Shaurya in the seminar.

On their way to Delhi, Shaurya's car breaks down which makes Anokhi lose her patience as they were getting late for the seminar.

Shagun vows that she will throw Anokhi out of Shaurya's life.