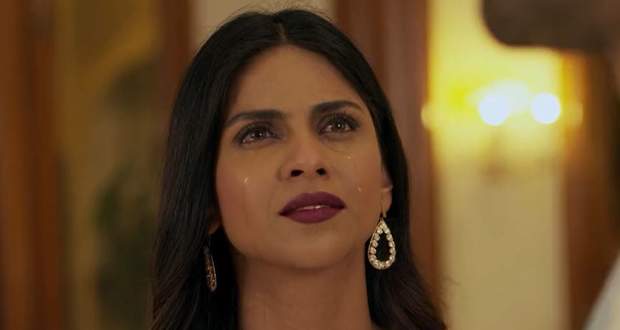 Today's Shaurya Aur Anokhi Ki Kahaani (SAAKK) 3 June 2021 episode starts with Shaurya confessing to the Sabhrewal's that he has married Anokhi and he has no regrets for that.

Shaan's anger gets fanned as he learns that Shaurya has married Anokhi and reminds him that he is already engaged with Shagun.

Shaurya apologizes for not letting anyone know about his marriage but he tells Devi that he couldn't have married Shagun having Anokhi in his heart.

Further, Reema tricks Anokhi and learns the truth about her marriage to Shaurya.

On the other hand, Shagun asks Devi not to keep any grief about Shaurya as he loves her a lot.

Shaurya gets shocked to see Shagun confronting him against everyone.

After some time, Shagun and Shaurya have a casual conversation where she tells him not to tell Anokhi about their engagement as it will be of no use.

Later, Shagun tells Devi to trust her as whatever she is planning is to be Shaurya's wife.

Upcoming Shaurya Aur Anokhi (SAAKK) episode update: Anokhi gets distressed as her marriage with Shaurya gets exposed in the college.