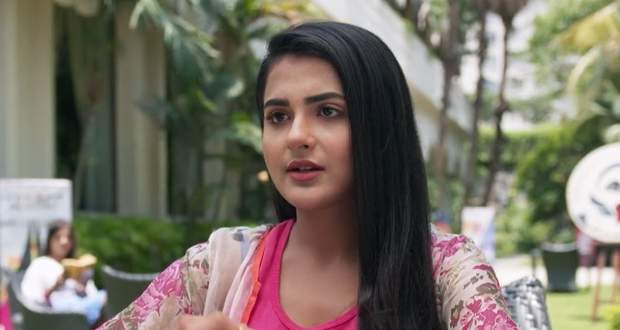 He gifts her a photo frame that has her photo in the front and their couple photo at the backside.

He tells Anokhi that he won't let her compromise with her dreams for him.

Further, Anokhi feels blessed and tells Shaurya that his presence in her life gives her confidence and encouragement.

On the other hand, Devi puts forward her concern to Tej and he says that he will figure out something but won't let Anokhi enter Sabhrewal's house.

Later, Tej tells Shaurya to go to Patiyala and look forward to the arrangements so that they can start their new institute branch.

Shaurya senses something fishy so he tells Tej that he will go but to stay there or not will be his decision.

In a twist of events, everyone in the college comes to know about Shaurya and Anokhi's marriage and she goes through a lot of humiliation and allegations.

She goes to meet Shaurya but the clerk informs her that Shaurya is out of town.

Upcoming Shaurya Aur Anokhi (SAAKK) episode update: Anokhi goes to Tej and asks him for an explanation for giving her a restication letter.