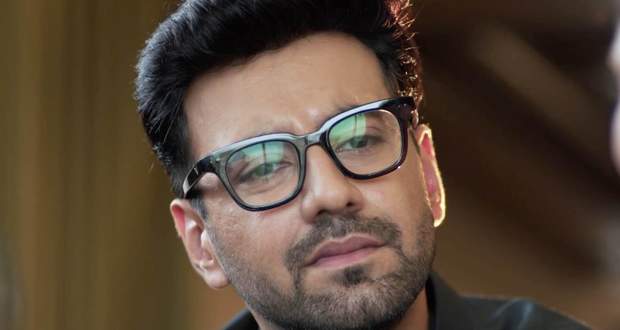 Anokhi confronts Tej and asks him for an explanation for rusticating her from the college.

Tej tells her that as per the college guidelines there should be no relationship between the student and teacher.

Further, Anokhi challenges Tej that she will fight for her rights and tears of the letter in front of Alok and Tej.

On the other hand, Shaurya takes the leave from Aastha's house and promises her that one day he will bring her home.

Shaurya tells Aastha about his marriage to Anokhi.

Aashta wishes good luck to Shaurya for his new beginnings.

Meanwhile, Babli gets worried for Anokhi as she thinks because of Shaurya her career is going to get ruined.

At the same time, the hostel authorities ask Anokhi to empty her room and leave the hostel premises.

Anokhi gets heartbroken but she stands strong and vows to fight for herself and her future.

Later, Reema informs Shaurya about all that happened in his absence and Shaurya gets furious.

Shaurya returns home and challenges everyone and says that he will support Anokhi at any cost and stand by her side.

Shaurya calls Aastha and tells her what all happened and promises her that he won't be like Shaan as he didn't stand by his mother's side against the family but he will stand for his love.

Upcoming Shaurya Aur Anokhi (SAAKK) episode update: Tej threatens Anokhi that if he keeps the relationship with her then the Sabhrewal's will remove him from the house.