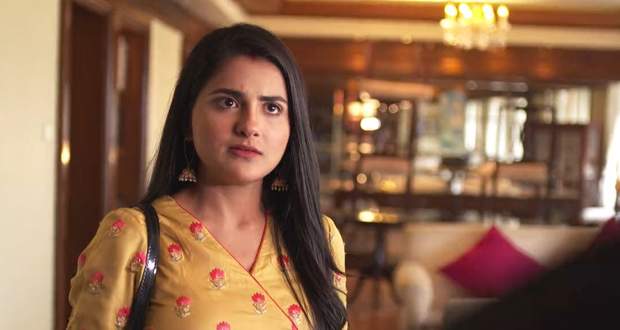 Today's Shaurya Aur Anokhi Ki Kahaani (SAAKK) 9 June 2021 episode starts with Shaurya taking a strong decision to leave the Sabhrewal's and live with Anokhi for the rest of his life.

Meanwhile, Aastha asks Shaan that why did he hide Shaurya and Anokhi's marriage from her.

Shaan replies to Aastha that he was not sure about the happenings in Shaurya's life but now he is confident that Shaurya will take care of him and Anokhi in a better way and he will stand by him.

Later, Shaurya bids goodbye to the Sabhrewal's but Devi tries to stop him from leaving.

But, Shaurya refuses to stay as he says he thought her love was unconditional but that wasn't true it always came with the condition of sacrificing his happiness for the family.

Further, Tej insults Anokhi by saying that she has no standard and status to become the daughter-in-law of the Sabhrewal's family and tries to distance her from Shaurya.

Anokhi stays determined and chooses her love above all the allegations.

At the same time, Babli blames Shaurya for ruining her life and career which makes Shaurya feel guilty about whatever happened in his absence.

Shaurya promises Babli that he will figure out everything and bring things back to normal.