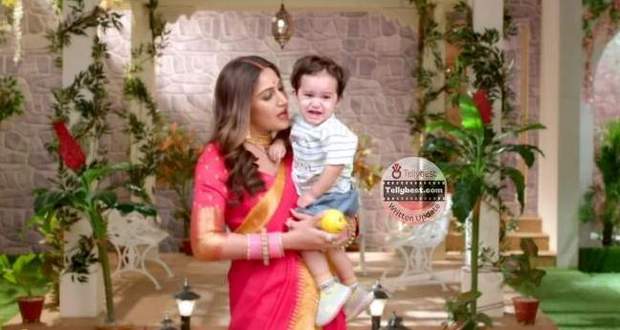 Today's Sherdil Shergill 19th December 2022 episode starts with Rajkumar asking Manmeet why she is behaving like that with his mother.

Manmeet tries to explain to Rajkumar that she did not raise her hand at Nirali in any way.

Pankhudi interrupts by saying that Manmeet only pushed away Nirali as she is angry with her.

Hearing Pankhudi, Rajkumar asks Manmeet why she is angry with Nirali which makes the latter nervous.

Manmeet tries to tell Rajkumar about Nirali's attempt to conceal Anmol's identity as Vidya's son but Nirali interrupts Manmeet by holding her hands and apologizing to her.

Nirali says she is extremely apologetic toward Manmeet as she has made a grave mistake by trying to not favor Anmol in front of her friends.

Manmeet looks at Nirali with confused eyes as she tries to understand her moves and motives.

Rajkumar asks Manmeet if she has insulted his mother in front of everyone which leaves Manmeet flabbergasted.

© Copyright tellybest.com, 2022, 2023. All Rights Reserved. Unauthorized use and/or duplication of any material from tellybest.com without written permission is strictly prohibited.
Cached Saved on: Wednesday 25th of January 2023 08:39:59 PMCached Disp on: Sunday 5th of February 2023 03:31:38 AM