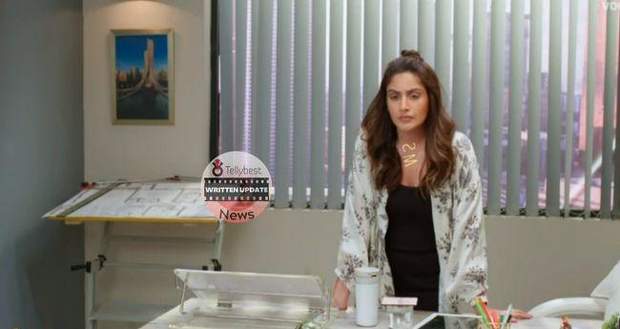 Today's Sherdil Shergill 2nd November 2022 episode starts with Anisha and Raj’s engagement function proceeding after Manmeet asks them to focus on themselves instead of thinking of other things.

Bhairav comes on the stage and announces that the function is about to begin, introducing both families to the guests.

Manmeet sits with Anmol at the table and watches Anisha and Rajkumar go up the stage with the audience cheering.

Rajkumar’s eyes find Manmeet and steal glances at her while Manmeet gets uncomfortable watching Rajkumar with Anisha.

Radhe hands the ring to Rajkumar and asks him to propose to Anisha in a filmy style which makes both Raj and Manmeet gloomy.

Rajkumar gets on his knees and utters some classic romantic lines while closing his eyes while Manmeet feels like those words are directed at her.

Anisha gladly replies with a yes when Rajkumar asks her if she wants to marry him and wears the ring Rajkumar makes her wear himself.

Manmeet tries to get out of there for a moment but Hussain stops her.

However, Anmol starts crying in the middle of the function which makes Manmeet leave the crowd for a moment and recollect herself.

At the same time, Nikki talks with Choti and tells her that she is coming inside and bumps into Manmeet.

Manmeet asks Nikki about her identity but she manages to escape from there somehow.

After the ring ceremony is over, the family members dance together with the dancers while Gunjan’s in-laws arrive.

Nikki climbs up on a chair and reveals her face announcing that she has to expose the secret that Rajkumar is hiding.

Nikki tells everyone that Rajkumar did the acting like being in love with both her and Manmeet who is his wife.

For evidence, Nikki takes out the pen drive and plays the video of Manmeet and Raj saying that they are married to each other and that Anmol is their son.

Everyone gets shocked to see the video but Rajkumar explains to Anisha that they did a fake act so that he can get rid of Nikki who only loves his money.

Nikki denies being after Rajkumar’s money and shows the 10 Lakhs cheque that Bhairav gave her.

Anisha’s father gets furious after seeing the video while Choti successfully sends off Nikki after giving her 25 lakhs.

As Anisha’s father asks Manmeet to explain the truth to everyone, she tells Anisha that she had Anmol through IVF and he has no father.

However, Gunjan’s mother-in-law steps in and says that Manmeet and Rajkumar attended Gunjan’s wedding as a married pair.

She shows pictures from the wedding which once again turns everyone’s eyes toward Manmeet and Rajkumar.

© Copyright tellybest.com, 2022, 2023. All Rights Reserved. Unauthorized use and/or duplication of any material from tellybest.com without written permission is strictly prohibited.
Cached Saved on: Monday 21st of November 2022 04:35:47 AMCached Disp on: Thursday 1st of December 2022 11:49:14 AM