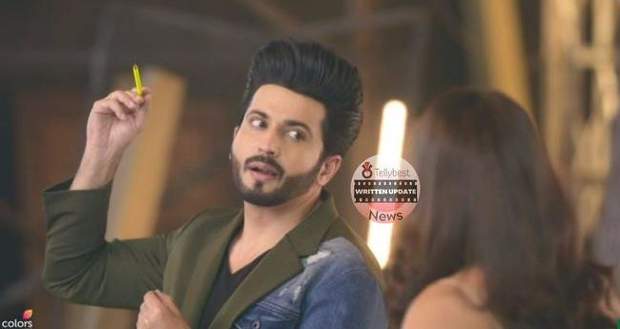 Today's Sherdil Shergill 6th October 2022 episode starts with Manmeet’s relatives questioning Rajkumar about Anmol and his relationship with her.

Rajkumar remembers Manmeet explaining her family tree to him and telling him they need to act like a husband-wife in front of everyone except her father, mother, and sister.

Rajkumar tells them that he is Manmeet’s husband and Anmol is their child after marriage.

Meanwhile, Ajeet gets shocked to hear that Manmeet has brought a rental husband with her who does not have any relation with her or Anmol.

Ajeet is fascinated by how Manmeet could find a father for Anmol in such a short time.

Manmeet explains to Ajeet that Raj is an employee in her office who has agreed to help her after she asked him to act as her husband for a few days.

Ajeet exclaims that he is not on her side in this drama as he cannot face his relatives with such a lie.

Manmeet tries to convince Ajeet by telling him that she at least did not come alone with Anmol and brought a husband with her.

Ajeet tells Manmeet that he always tried to make her understand that a woman cannot have their own image without a man supporting her.

Manmeet gets offended by this statement and says that she has succeeded in building her image and the people who cannot respect her can go to hell.

As Manmeet leaves the room saying that, Ajeet gets furious but Puneet calms him down and reminds him that guests are present in their house.

Manmeet confronts her uncle and aunts about marrying Rajkumar and having Anmol and apologizes for hiding so many things from them.

Manmeet’s aunt hugs Manmeet and says that they are happy for her newly built family and are ready to forget the past misunderstandings.

Rajkumar compliments Manmeet for her acting but Manmeet tells him that even though the story was fake, her tears were true.

Everyone adores Anmol by complimenting him while Ajeet stands at a corner refusing to come near Anmol.

Gunjan tells Manmeet that even though Raj is her fake husband, Manmeet can think about starting a new relationship with him.

Later, Manmeet shows Rajkumar around her house while he mocks Manmeet for being rich.

Rajkumar comes where the family is gathered to discuss things and sits in front of Ajeet who continues to glare at him.

As the servant asks Manmeet where to keep her luggage, Puneet asks him to shift it to Manmeet’s room where they can take things out later.

Manmeet’s aunt asks why they need to move things when the three of them can live together in Manmeet’s room.

Both Manmeet and Raj stand up with shocked faces while Raj imagines serving Manmeet day and night.

© Copyright tellybest.com, 2022, 2023. All Rights Reserved. Unauthorized use and/or duplication of any material from tellybest.com without written permission is strictly prohibited.
Cached Saved on: Monday 21st of November 2022 07:45:18 AMCached Disp on: Tuesday 6th of December 2022 11:57:21 AM