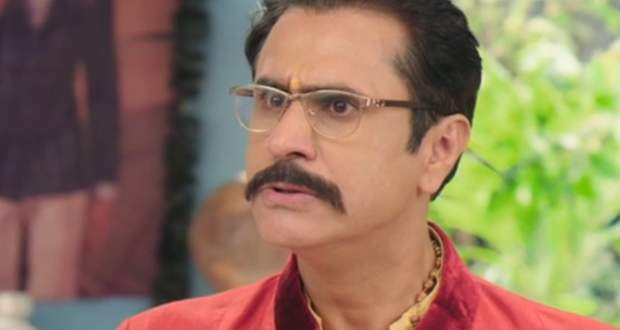 Today's Shubharambh 1 Apr episode starts with Raja getting the keys and opening the drawer. He sits on the chair to take out the money while Pandit says the Raj Yog has started for Raja.

Gunvant gets angry and kicks him out of the chair. He further slaps him and holds him by the collar. He also calls him a servant who doesn’t deserve to sit on the chair.

Raja is shocked to see Gunvant’s true face while Gunvant says he will not give even 10 rupees to a servant like him. He says he was acting of loving him and let them stay at his house.

Utsav also arrives along with Asha who is shocked to see Gunvant’s changed attitude. Gunvant reveals that he threw Rani out of the house when she learned his truth.

Raja realizes Rani was right and Gunvant hates him. Gunvant also says he doesn’t care if Asha stays alive or not. Asha comes in front of Gunvant and wants to know why he did it.

Kritida wants to know how Asha got released so easily is she was kidnapped. Rani reveals that it was her plan to expose Gunvant in front of Raja.

He states he has done a lot for the shop and throws Raja out of the shop. At the same time, Fufa Ji holds Raja and is furious at Gunvant.