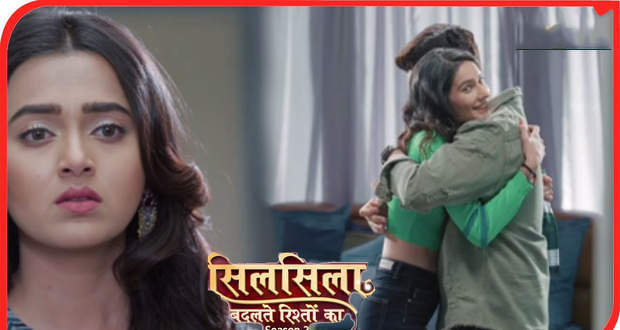 Today's SBRK2 17 May episode starts with Mishty recalling Ved and his mother’s allegations. Ruhaan thinks about Ved’s past reactions and fails to sleep.

Mishty and Ruhaan bump into each other as they come to spend some alone time in the balcony. Ruhaan says whatever happened was destined.

He advises Mishty, not to over think. Mishty says she only wanted to find her happiness in life. Ruhaan guides her with his words.

Mishty shares the pain of her past with Ruhaan. She says she never understood her parents’ relationship.

Ruhaan tries to make Mishty see the positive side of her parents’ equation. Mishty says there was no love between her parents.

She adds that she fails to understand why her mother didn’t understand that there was no love in her wedding.

Ruhaan says there are chances that she is not able to understand her parents’ side of the story. He says that love and pain go hand in hand.

Ruhaan narrates his past to Mishty. He shares how Veer changed his life. The two spend the entire night talking.

Ruhaan gifts a beautiful necklace to Mishty and requests Mishty to say the three magical words. Mishty troubles Ruhaan by not saying I Love You.

© Copyright tellybest.com, 2018 & 2019. All Rights Reserved. Unauthorized use and/or duplication of this material without written permission from tellybest.com is strictly prohibited.
Cached Saved on: Sunday 26th of January 2020 02:09:18 PM