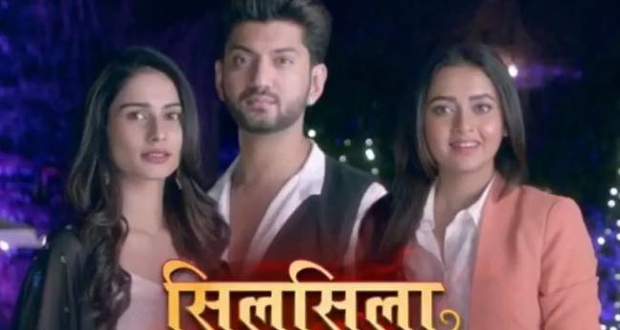 Today's SBRK2 19 Jun episode starts with Ruhaan getting shocked on seeing Veer in his studio. Veer walks out of the studio in anger. Ruhaan accompanies Veer.

Veer rash drives the car in his anger. Ruhaan tries to stop him but Veer avoids listening to him. Mishty calls Ruhaan to learn about his location.

The watchman tells Mishty that Ruhaan went away with a guy. Mishty fails to understand who the other guy could be.

Veer stops the car and confronts Ruhaan. He questions Ruhaan for backstabbing him and ruining his relationship with Mishty.

Veer slaps Ruhaan for deceiving him. Ruhaan counters him by saying that he has not done anything wrong.

Ruhaan narrates everything to Veer about how Mishty came to him and expressed her love. Veer doubts Ruhaan for hurting him intentionally.

Mishty returns home and gets panicky when she fails to find Ruhaan there. Ruhaan questions Veer for insulting Mishty. Veer accuses Ruhaan of stealing Mishty from him.

Ruhaan comes back home. He tells her that Veer saw us together last night. Mishty says it is okay if he learned about our relationship.

Veer calls Pari and requests her to meet him once. Pari agrees.