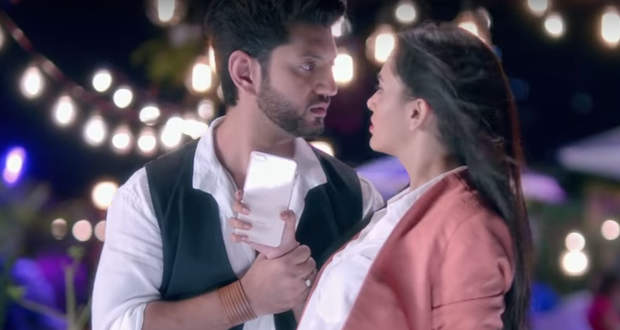 Today's SBRK2 21 Jun episode starts with Mishty recalling Pari’s words. Ruhaan calls Mishty but she refuses to answer back. Mishty cries thinking about the situation that has popped up.

Veer smirks thinking about his success in ruining Mishty’s happiness. Veer talks to himself and blames Mishty for backstabbing him.

He says until now Mishty has seen his love but now she will have to bear the wrath of his anger. Veer adds that he will not spare Ruhaan and Mishty.

Veer says now Mishty will have to choose between her love and sister.

Meanwhile, Ruhaan keeps calling Mishty but she fails to answer his calls. She cries while thinking about the moments spent with Ruhaan.

Pari comes to Mishty and tells her that she is madly in love with Ruhaan. Pari says she will die if Ruhaan will leave her.

Mishty then hallucinates about Ruhaan talking to her. Ruhaan says to Mishty to tell Pari about their relationship. Mishty faces a dilemma.

Pari comes back home and cries. She fails to understand how Mishty and Ruhaan fell in love.

Mishty gets shocked to see her mother’s spirit in front of her. She shares her pain with her.

© Copyright tellybest.com, 2018 & 2019. All Rights Reserved. Unauthorized use and/or duplication of this material without written permission from tellybest.com is strictly prohibited.
Cached Saved on: Saturday 18th of January 2020 09:36:50 AMCached Disp on: Wednesday 22nd of January 2020 08:12:12 AM