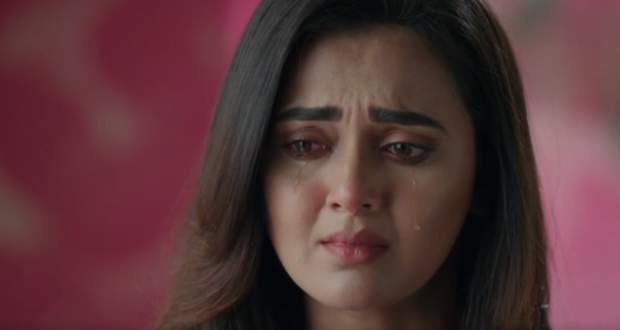 Today's SBRK2 27 Jun episode starts with Mishti coming to meet Veer. She asks him why he involved her sister in all this.

Veer asks why she was not ashamed to have an affair with his best friend.

Veer tells Mishti that she is selfish. Mishti tells him he should be in his limit.

Mishti tells Veer to stay away from his family.

Mishti states that Veer will never get to learn the whole truth.

Mishti receives flowers and a card from Ruhaan.

Ruhaan calls Mishti and tells her how much he misses her.

He tells her that he will talk to Daadi in the evening itself.

Mishti tells him to come back then they will talk.

Pari comes and asks about the flowers in Mishti’s hands.

Radhika says maybe Ruhaan has sent those flowers for Pari.

Meanwhile, Pari thinks how she will confess her feelings for Ruhaan.

Veer sees his parents exchanging some money and his mother telling about getting rid of someone.

Veer wonders what the matter is and follows his father.

Mishti says she is not feeling well and will stay at home.

Pari tells Mishti about their ex-classmate and how has become a police inspector.